Stay connected and get all the latest updates

Our garden at our Virginia home was about 23ft x 60ft last year. It’s definitely been trial and error with learning what works for us. Matt’s Dad helped us spread cow manure in the garden. We used a dump trailer to haul it from one of the neighboring fields. This year we had a solar powered electric fence. Our corn disappeared, but we almost expected that would happen because our fence wasn’t going to stop the deer. We had a mama raccoon brave the fence near the end of the season.

Our garden was along the fence line. We had two huge rainstorms in June that pulled up many of the corn seeds and potatoes. I rescued as many as I could. The picture below shows one corner of the garden with beans and potatoes. We were told that we had enough potatoes to feed the county. 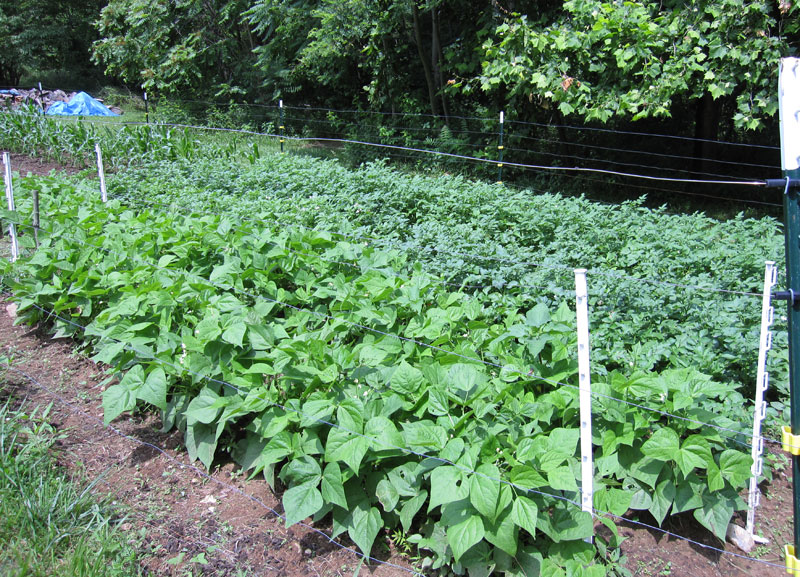 When we planted the tomatoes, we had a freebie squash plant that was in one of the containers. It wasn’t labeled so we had no idea what type of squash it was. To our surprise, this monster squash took up more than a third of our garden and spread into the tomatoes and beans. It was over 30 feet long even after chopping it with the lawnmower several times. (By accident according to Matt.) The picture below shows the squash. It’s called Lebanese white bush marrow squash and it has large seeds like pumpkins. I used some zucchini bread recipes to try it and gave the rest away. I was averaging about 7-8 squash per week. What was really nice with this plant is that squash bugs could not kill it. When it got really hot outside, I stopped keeping up with picking off squash bug eggs and I had thousands of the guys all over the plant. It took out sections of the plant, but it was so huge that it just kept growing and producing squash. 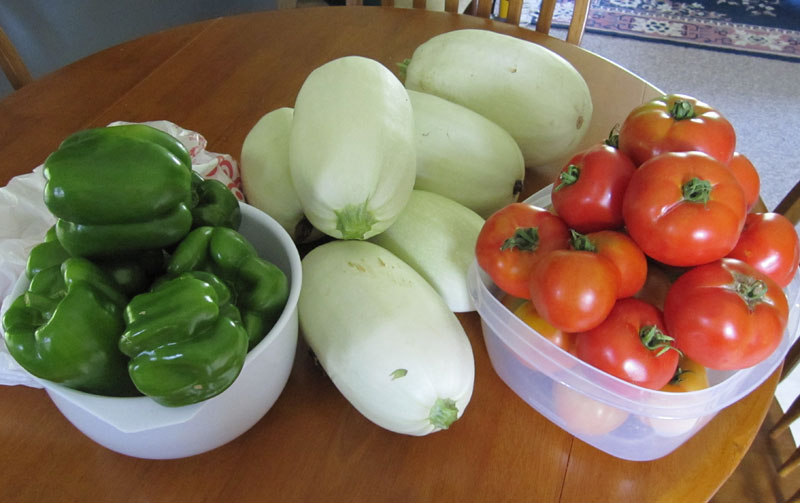 Here’s another picture of our garden. This was early in the season before the white bush marrow squash spread across the center. 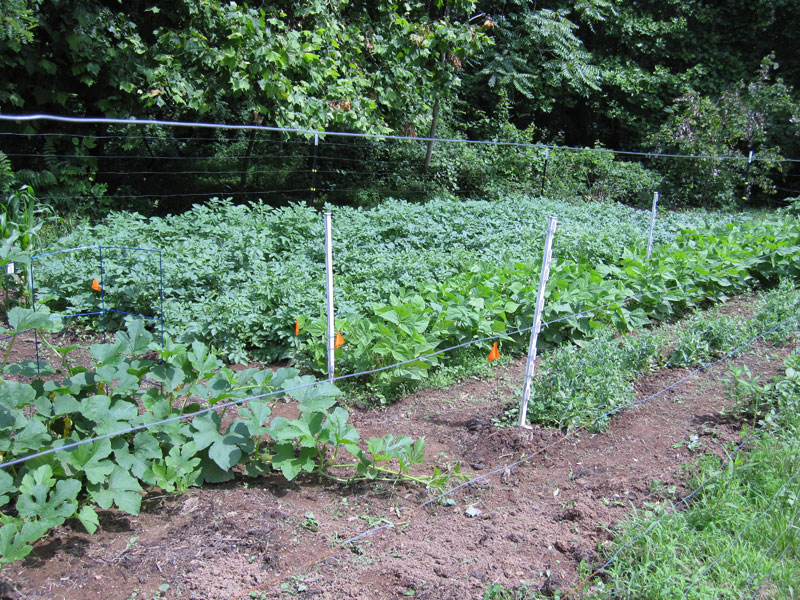 This year, Matt’s Dad spread some leaves around our tomato and pepper plants. We had a pile that had been sitting near the wood line for quite sometime. This is something we plan to continue in the future because I rarely had to deal with weeding. I was able to stay on top of the tomato hornworms once I learned that you can use a blacklight to find them at night.

Join hundreds of others and receive weekly inspiration directly to your inbox.

Laura and Matt are from Charlottesville, VA.
Read, shop, get inspired.
We hope that you enjoy our featured gift guides and collection of favorite ways to organize your life and home.